How To Start Native Landscaping 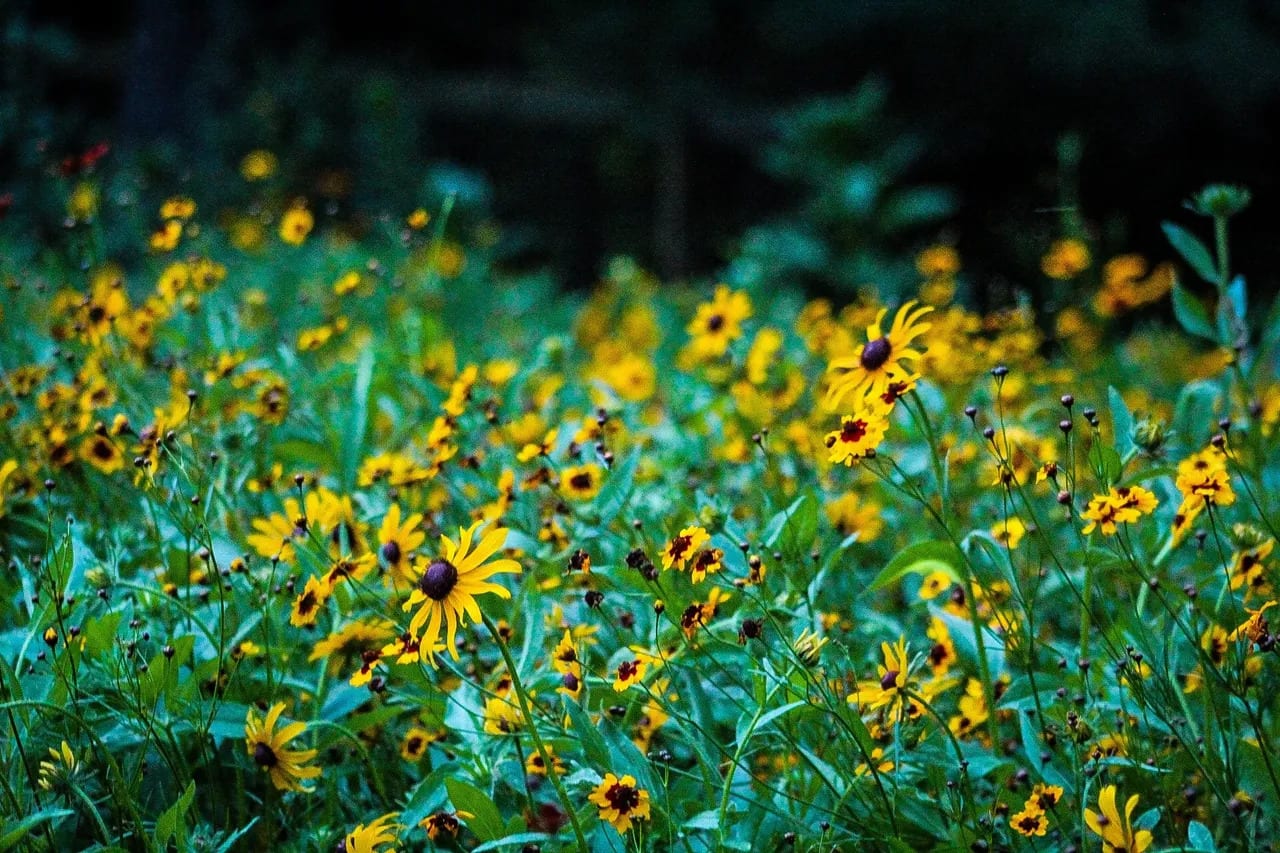 If you’re anything like me, the seemingly hundreds of Facebook posts, Instagram photos, and Tweets showing large-acreage native restoration projects are more than unrelatable, they’re unobtainable to someone without land. Or so I thought.

In the Spring of 2015, I had decided to convert a small area of my backyard into a vegetable garden. Growing green beans, tomatoes, peppers, corn, and a few other yummy treats. I picked an area about 350 square feet, oddly shaped but it seemed to make the most sense when estimating sunlight exposure. See I live in a subdivision that was build in the 1970s and by now the trees that were planted, are mature. With my neighbors infamous Bradford Pear, my very large Red Oak & Redbud, and the another neighbor’s Silver Maple, this spot received about 6hrs of sunlight a day. But it’s what I had to work with. 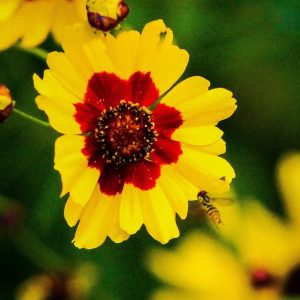 Using a herbicide application, I sprayed out the existing vegetation and after a few weeks, rented a tiller to break the ground up. I mixed in some peat moss to keep the soil from compacting, added some compost to the soil and figured that was good enough. Keep in mind I generally had no idea what I was doing. I’ve seen people do this sort of thing before. My Aunt can grow tomatoes in a basket on her porch so surely I can do it in my yard. Well for 2 years I struggled to get much yield. We lost all the corn, all the sunflowers, the watermelons, and green beans. We did get some tomatoes & peppers but it was clear this wasn’t working.

During my green thumb learning curve, I discovered ‘native landscaping’. A term I had never heard before used to describe using native plants in less than idea growing conditions for other plants, to beautify the space. Seeing as how the Red Oak was shadowing over about 350 square feet of my growing space, I felt like I needed something that was low maintenance & drought tolerant (since most of my time was spent watering vegetables and weeding the area). 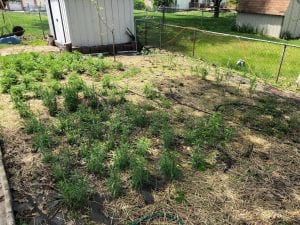 In early Summer 2018 and I planted live plugs of wildflowers into my once troublesome vegetable garden. I picked out 8 species and bought one tray of 38 plugs for each species. The plan was to put the plugs in, water them for a few weeks after transplanted, hand pick weeds, and finally overseed a 17-species pollinator mix into the area during the dormant season. And let me tell you how much easier this has been than growing vegetables in this same spot. A little watering after the plugs were planted, I pulled a few weeds and it was off to the races. I had New England Aster blooming the first fall their were in the ground! How cool is that! I had bumble bees all over the aster in the fall. 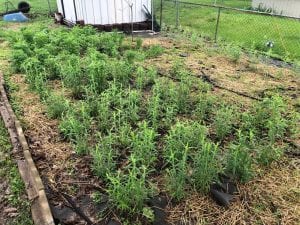 During the dormant season, I burned the area to clear the leave debris and other debris, so the seed would get proper seed to soil contact. I also seeded some shade tolerant native species onto a north facing small slope that gets very little sun at all. And now in 2019, my Columbine has bloomed and seeded out. The gray-headed coneflower flooded the backyard with tall-yellow topped plants. The Plains Coreopsis is sprinkled in throughout. Shinning Blue Star has come and gone. New England Aster is was putting on significant height until I noticed some unusual, flat out silly occurrences of whitetail deer browsing it. Yes, in a crowded subdivision, with cover & forested areas at least 100 yards from my back yard, surrounded by chain link fences, yards with dogs, trampolines, and left out kids toys, we had deer coming into the yard to browse on native plants. 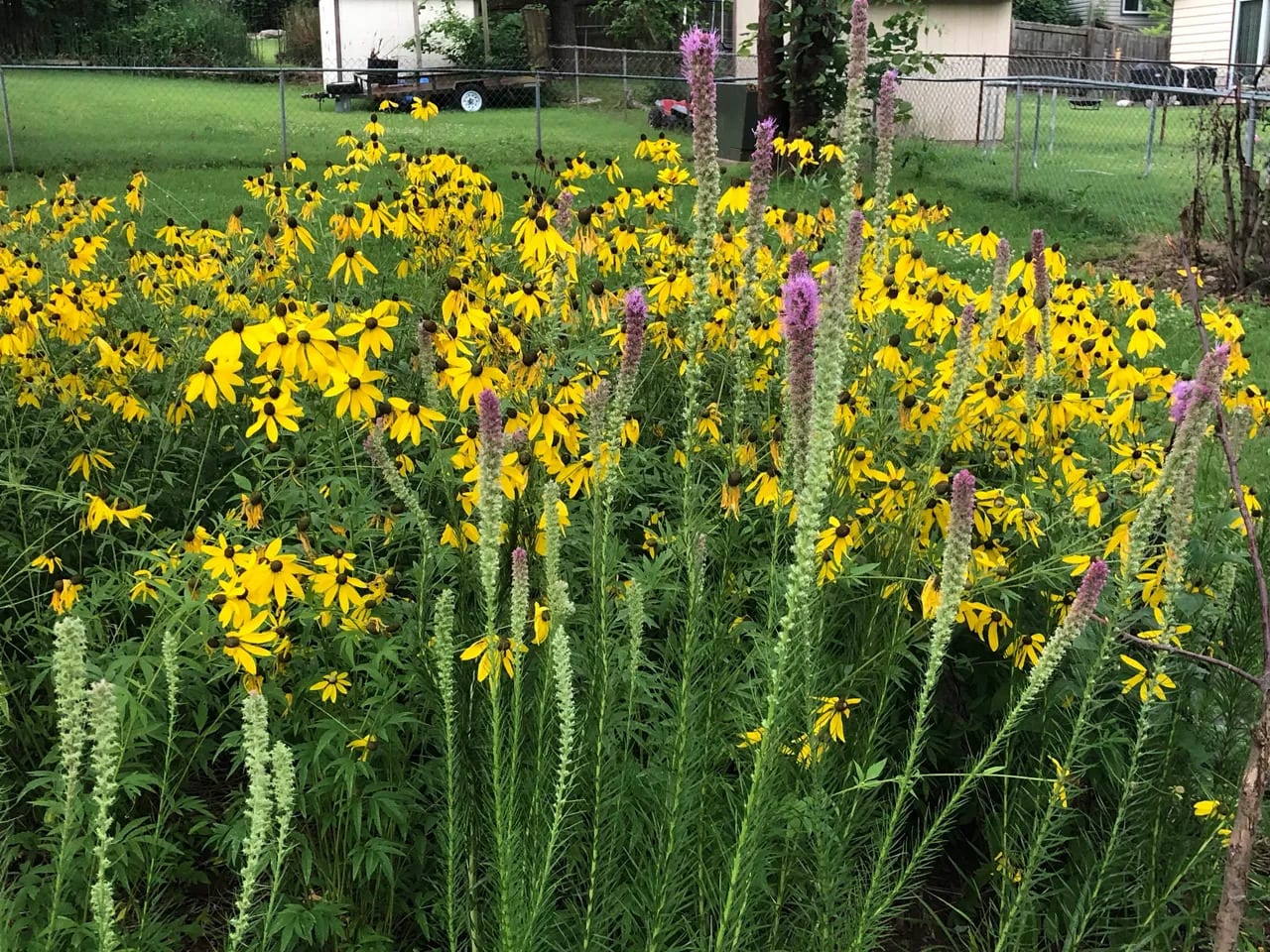 I have song birds and hummingbirds utilizing the Prairie Blazing Star that just started to bloom. The Wild Bergamot (BeeBalm) has been proving it’s namesake. And the Partridge Pea is two feet tall and full of yellow blooms. The area is now filled with pollinators, rabbits, chipmunks, squirrels, and deer. An area that was once turf grass, that would puddle during heavy rain events, that struggled to produce vegetables most people have no difficulty growing is now thriving with native plant and animal life. All this is happening in 350 square feet (20′ x 17′). Aside from one or two weeds I’ve pulled this year, I’ve not had to do anything to this area. No water. No fertilizer. No lime. No chemicals. Almost no weed pulling, which I imagine as the plants mature and thicken up, I will not have any weeds to attend to.

It truly is astonishing to witness such a transformation with such a small restoration project. Creating ecological benefits and backyard native landscapes are not mutually exclusive and I’ve learned that. 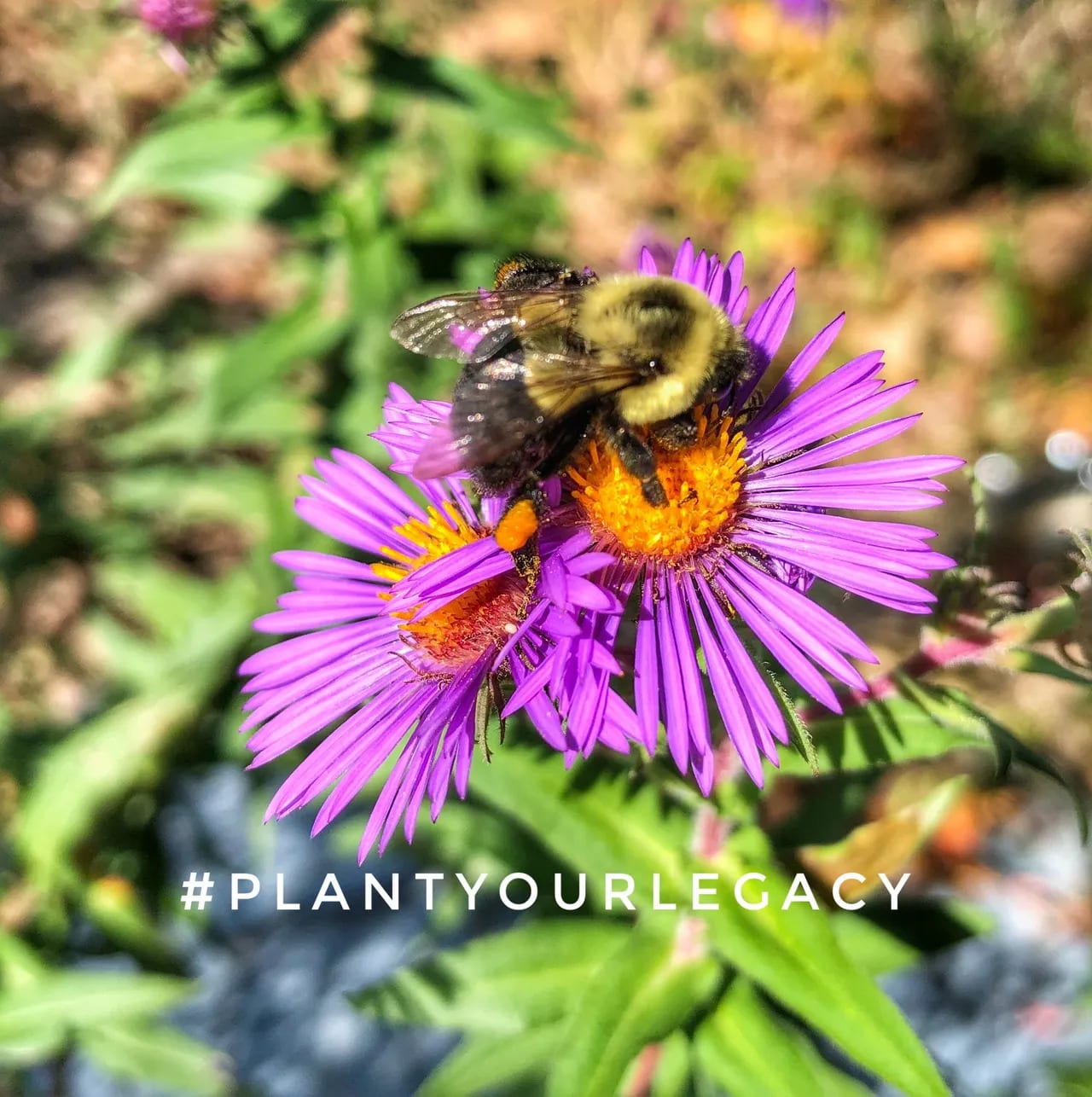