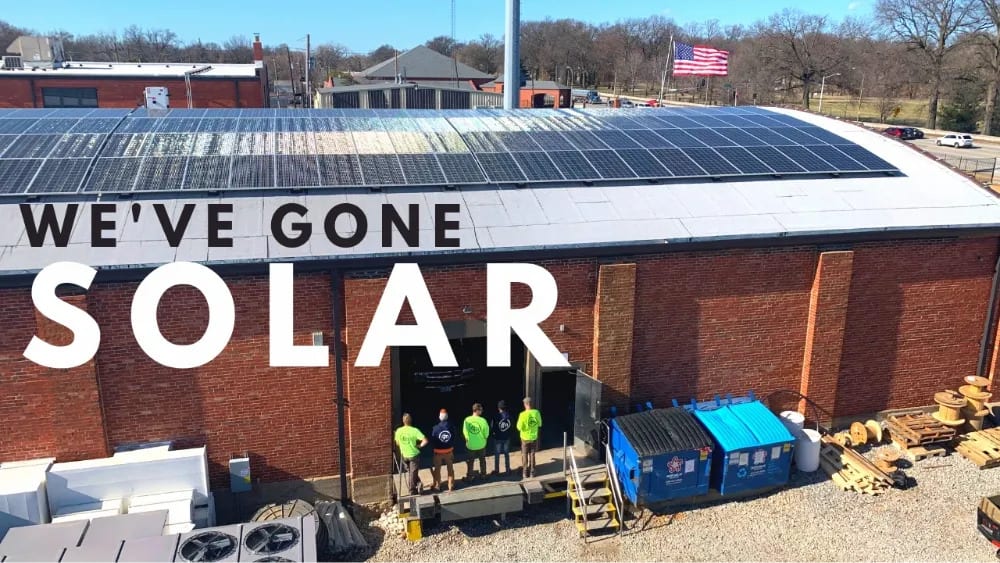 Our facilities are now solar powered! We commissioned the project in February 2020, and the system is already up and running. We have a 65kW system with 165 panels. We are directly making a contribution to reducing the collective CO2 emissions and saving the planet!!

The system is averaging about 250lbs of CO2 avoidance per day so far. Which will likely increase when we get into spring and summer months, with more hours of daylight and the sun at a better angle in the sky.

Carbon Dioxide or CO2 is naturally present in the Earth’s atmosphere at a low concentration and acts as a greenhouse gas. Human activities, such as burning fossil fuels, also generate CO2 and are responsible for the increase in greenhouse gases over the past hundreds of years.

The avoidance of CO2 is a measure for the contribution to climate protection and thus reduces the greenhouse effect.

In the U.S., the primary sources of CO2 emissions are transportation and electricity. In general, the average car emits around 6 tons of CO2 per year. Our system averages about 250lbs per day, so in 48 days, we offset the yearly emission of 1 car!